This morning I had to go for an annual assessment regarding some voluntarily work I do on a housing panel. Yes it felt like an exam. Oh The Stress of Exams!

Those nights sleeping in the bath to avoid detection while cramming everything I had been taught into two nights of reading!! That was uncomfortable enough! Then the desperate urge to go to the loo just as “Pick up your pens” was announced! No going back now! The shaking, the fear, and yes The Stress of Exams. It happened over sixty years ago also! In the thirties they had to pass all core subjects for Matriculation!

I have taken an exam only once since leaving school and the timing for that was not perfect! But hey it had to be done to allow me to continue working! That was at the ripe old age of sixty two!

For all these years youngsters have done the same. Now, however, it has been suggested that GCSEs come at the wrong age for Teenagers! Apparently The Stress of Exams could leave many vulnerable to mental health problems.

Are we giving in to the media created stress? Encouraging youngsters to believe that they are being unfairly treated because they have to take exams really does not make sense to me.

Having spent over six months in an RAF hospital in a single room during 1956/7 when the country was in the grip of petrol rationing, not  one member of my family was able to visit me. Yes I hated that time but look back now and appreciate the experience. It helped me to empathize with those in pain but also to make the best of a bad situation. No one had time to give me any sympathy. Thinking back I am sure that was my saviour!

Does it really make sense to alleviate youngsters from all stress and to feed them with the notion that it is all bad? Does that prepare them for life?  Is it really any worse than that which many past generations have been through? Or is it the fact that media feeds the hysteria?

Going back to my hospital stay where I saw brave young men who were suffering from real stress after having been blown up  in Cyprus, Aden or Korea. Their courage and love of life gave me the strength to overcome any feelings of self pity.  Humour was the healer.

“To achieve great things, two things are needed: a plan and not quite enough time.” 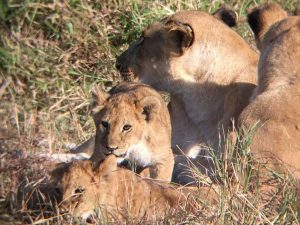